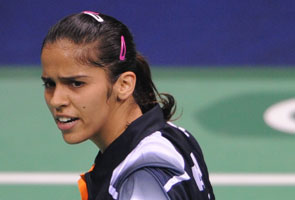 As the Commonwealth Games 2010 got under way -  the problems highlighted so graphically by an unenthusiastic World Media fed by an over enhusiastic local media, slowly made way to realities on the Ground.

The verdict - The facilities, the village, the food were all upto the mark and in many cases exceptional. The hospitality was incredible as vouched for by many. The preparations were no where near as dismal as projected. The Organizers have done a good enough job - considering India's lack of experience, political bottlenecks, existing poor infrastructure, massive security concerns and a vocal democracy to which every action and spending is answerable.

The security aspect of organizing such a huge event is immense. After 26/11 - India was off the lists of many casual tourists. Lets face it - India with its demographics, its proximity to Pakistan is a huge security risk. Kudos to the Home Minister for a secure game! He gets a A+++. I feel it is a huge achievement (perhaps the biggest) on the part of the Government to have delivered such a safe game with no security breeches - in Delhi - the node of India.

India actually doubled its medal count from the last games. It won one more gold than England to clinch second place! There was a lot of individual brilliance. Saina Nehwal, the Shooters who set all sorts of records, the Boxers, the Weightlifters K Ravi Kumar and Renu Bala who set Games Records, all put up a World Class show. Shows worthy of Olympics Medals.

Seen in perspective, the athletes put up a brilliant show.

Should India host the Olympics in the near future based on this?

A huge and definite NO.

India might have the infrastructure - might even be able to produce a brilliant Olympic Games - but the athletes are nowhere near the standard. Asian Games 2010 at Guangzhou will provide a reality check for the Indian athletes as they come up against the World's best from China, Japan and Korea.

There are other reasons too on why India shouldnt bid for the Olympic Games. As long as the present organisers of the IOA dont step down - India doesn't have a hope in one of getting a reasonably good games. The President of the IOA (Mr. Suresh Kalmadi) - who can't utter two sentences without uttering Sonia Ji, Young leader Rahul ji, Sonia ji again - and who has been an incumbent for 15 or more years (with around half a dozen Olympic medals which he shamelessly feels is good enough), doesnt have a hope of organising a decent Games which will make the country proud!

India's performances in popular events like Swimming, Gymnastics, athletics are pedestrian. It will continue to remain pedestrian too. Why? India has World Class facilities and coaches at just a couple of centres! A blueprint to make India a strong contender should include World class gymnastics, shooting, archery, athletics, swimming and other facilities at least 35-40 centres around the country. It is not a big task. There are classy cricket coaching centres around the country - and the results in cricket speaks for itself. The interest among the people is there. The facilities are not.

A combination of private enterprise and Government support should first ensure these facilities. The champions will develop by themselves! Strike when the iron is hot! The efforts should come immediately - to get the real advantage of hosting the Delhi 2010.

Here's hoping to a great future for India Sports

Google Doodle John Lennon "You May Say I Am A Dreamer"

Google has doodled John Lennon. Lennon's song You may say I am a Dreamer is on the google front page. I think it is the first time - google's doodle is a video from youtube!

See this John Lennon's song at youtube - "You may say I am a Dreamer" which is the basis for the google doodle on Lennon's 70th Birthday!

Email ThisBlogThis!Share to TwitterShare to FacebookShare to Pinterest
Labels: google doodle, John Lennon, John Lennon Video doodle, You may say I am a dreamer

How is the India contingent faring at the Delhi 2010 Commonwealth Games?

Email ThisBlogThis!Share to TwitterShare to FacebookShare to Pinterest
Labels: India at Commonwealth Games, India at CWG

The Commonwealth GamesOpening ceremony was a spectacular show and kicked off the 19th CW Games in a grand fashion as the Prince of Wales looked on.

As I write this AR Rehman is permorming Jeeyo Utho Bado Jeeto and Jai Ho with a background of dancers and performers from all over the country representing all culture. A noisy, colorful and inspiring sight!
It was preceded by Laser fireworks and a massive Railways tableau. Yoga performances, all the classical dances from India like Odissi, Kathak, Manipuri, Kathakali, Mahiniattam and Kuchipudi representing the seasons of India were some of the other performances.

Over the centrestage of the JN Stadium hungs a massive balloon which replays all the performance and provides a awe-inspiring background. The 80 X 40 X 12m aerostat balloon after all cost almost 50 crores! It proved its point and worth as the showpiece of the ceremony.

After an initial performance by hundreds of school children where they did an amazing Mehndi work with perfect co-ordination - there were the speeches by the IOC members, the President and the PM of India.
The Prince of Wales declared the Games Open to massive cheers after the march past of the athletes.

See some articles related to it.

This article was first published at Xomba.com by the Author

CWG Opening Ceremony Pulls Out all Stops
at October 03, 2010

In the last two weeks I have gone through some books which are kind of Chick Lits. No, the books were more than chick lits - the authors classify them as thrillers - I would say they are chick lit murders.

I am a very safe reader. For my daily dose of reading, I tend to stick to Georgette Heyer, Judith Mc Naught or Jo Beverly for romance, Robin Cook, Archer, Grisham, Dan Brown for thrillers with a PG Wodehouse, Christie or Enid Blyton thrown in. I tried my hand a Dean Koontz and Stephen King - but while some of Koontz's books worked for me - I gave up Stephen King after one book. And I have given up Paulo Coelho after Alchemist - which I found incredibly silly. I know I might get lynched for saying this. In my defense, I intend to take up Coelho again - because everyone seems to love it - and I cant see why I shouldn't, if I pick up the right book!


Back to my chick lit murders - the first one I read was "A Rose From the Dead" by Kate Collins. It is part of a series called The Flower Shop Mysteries and you cant help liking the impulsive and irrepressible Abby Knight.

See the book here at Amazon.com

A Rose From the Dead

The next one was called Armed and Glamorous . The series by Ellen Byerrum is billed as Crime of Fashion Mysteries. The characters are funky, over the top and GLAMOROUS led by Lacey Smithsonian. Lacey writes on fashion and loves to dress in the 30s style gone modern. Her friends are Stella a hair stylist and Brooke an amazingly organized lawyer. One of Byerrum's book, "Killer Hair" has also been filmed. Take a look at Armed and Glamorous here at Amazon.com

Another thriller of the same genre called the "Code Busting Series" goes by the name of The Givenchy Code (sounds like Da Vinci Code or what?). The protagonist is the nerdy, brilliant, cipher and clue solver Melanie Prescott. In the book, Melanie lives a nightmare where her life depends on deciphering a cipher. Exciting? You bet! There are a few murders thrown in too. Melanie lives for Mathematics and shoes - haute couture shoes like say Givenchy! The book is by Julie Kenner.

Unfortunately  there are two other exciting books I read a few days back whose names escape me. I generally pick up a book, read it and forget the name and the author - unless they are really well known. I remember the names of the above books because I made a point of noting them down before returning them to the library.