Why Not To Watch Jab Tak Hai Jaan - Shahrukh Khan 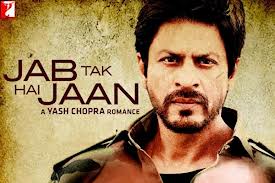 I went through the torture that was Jab Tak Hai Jaan last night. It is hard to believe that the director of movies like Lamhe and Chandni ... could have given us this 3 hours of drivel packaged as a movie. Most reviews have been muted in their comments I guess out of deference to the just demised patriarch of YRF - Yash Chopra. Never mind - Yash Chopra will be much remembered and loved for Trishul, Deewar, Lamhe, Silsila, etc - and he would prefer not to be associated with JKHJ.

Shahrukh Khan spans ten years in the movie. It was an awful sight to see a near naked wrinkled Shahrukh posing as a 25 year old in some of his risque poses with Katrina. He looks (and acts) closer to his 50 years! Will Shah Rukh be as delusional as Dev Anand and prefer to act the romantic lead ( maybe give a new definition to the evergree hero) even in his 70s??? Hindi movie heroes really cannot age gracefully. The female leads have made the transition. And play and look their age. Look at Rekha, Madhuri, Juhi and of course the current darling Sridevi! And look at Shahrukh and remember Amitabh in Mard and a host of other nineties movie...till he returned as the patriarch. A Dabangg is ok in your mid and late 40s  - definitely not a crooning, mushy Jab Tak Hai Jaan.

Shahrukh Khan has the opportunity. He should have gracefully made the transition 4 years back after Rab Ne Bana Di Jodi or Chak de India. Even a Don is preferable!

It should be a rule in Bollywood not to give pretty female leads who cant act, more than 10 minutes of screen time. If you thought it was a torture watching Aishwarya for 3 hours - just wait till you catch Katrina in JTHJ. She is pretty - that is granted. But putting her histrionics skills under the microscope for more than 2 hours. Please - I still shudder to remember last night's agony. She is definitely NOT a Kajol, Vidya or Rani. More than 10 minutes of watching Katrina's "acting" will definitely lead to indigestion.

A song like Saans from the AR Rehman group? WTF? Its like you go to a exclusive do expecting caviar and end up eating tikka masala at a Punjabi wedding. I have nothing against the music - but its like something you have heard everywhere. There has to be some atrophy in the maestro's repertoire if one song "Challa" had to be repeated 4 times (at least).

Just a few days back I was thinking that - thank God Hindi movies no loger pair up a heiress with a rickshaw wallah. I was obviously wrong. Heiresses can get paired up with beggars in Hindi movies - albeit in a slicker package than in the eighties. And this brings to mind the question -  if Shahrukh had so much cash stashed away - why wasnt he opening his own restaurant? After all the same cash enabled his slouchy, lazy, inexperienced in the food business, definitely simple friend to become a millionare. I have nothing against any class of people - i just like to watch stories that remotely make sense...that's expecting too much I guess.
If you go to a so called "family movie" with a universal rating with 6 - 10 year olds - you definitely dont expect dialogues like "i want to have sex with all accents of people (a very bad translation of the actual dialogue , am afraid)." This from a girl who is shown to be extremely cool. I mean... I am old fashioned and I want my movies to be properly labelled. Jab Tak Hai Jaan definitely deserved a PG - 13 rating.

Is there any reason to watch Jab Tak Hai Jaan? Well 10-15 minutes of the film are actually worth watching. One of them a dance. A few minutes of Shahrukh and Anoushka's perfect dive into a  freezing Ladakh lake. So just get someone to edit those parts and put it on youtube. No need to go through torture.
Rating - 1/2 out of 5

This blog has also been published by me at Xomba.com
http://mamamia07.xomba.com/jab-tak-hai-jaan-far-superior-movie-without-shahrukh-khan
at November 17, 2012